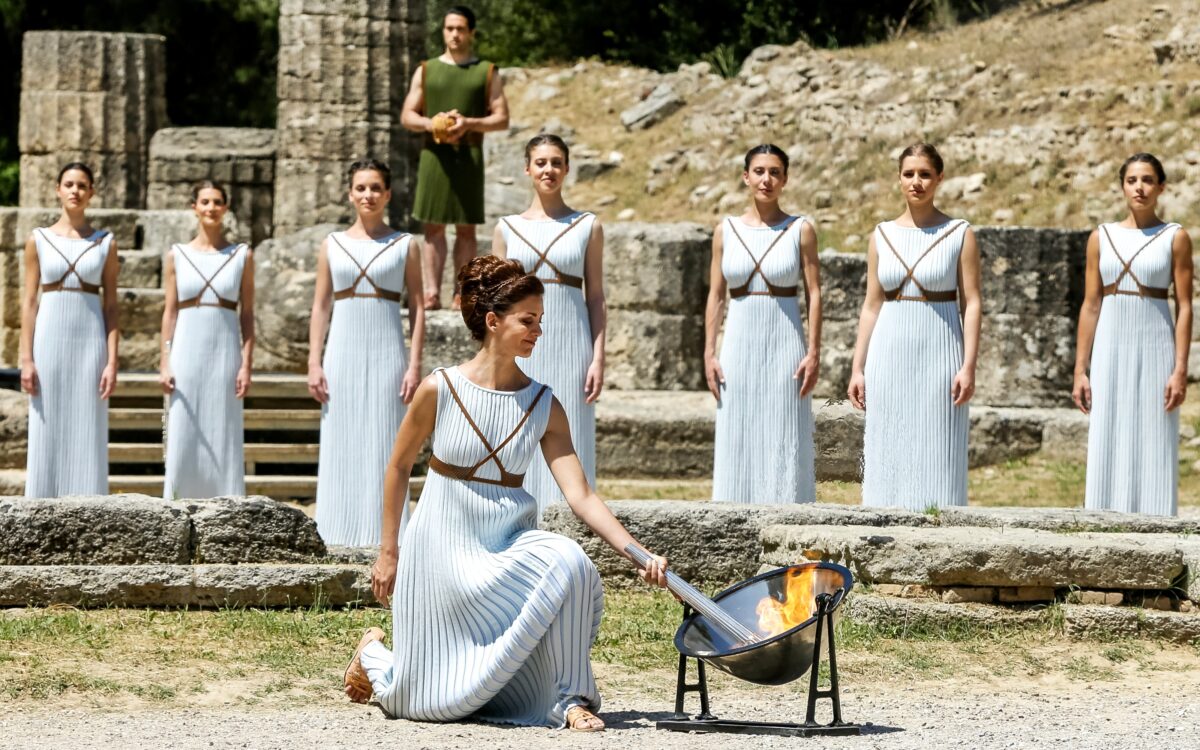 Greenwashing is among the most commonly voiced out phrases in today’s political vocabulary. Not a coincidence: modern multinational companies, who are actively ruining our planet for us and our future generations are hard pressured to demonstrate their friendly attitude to the environment. Especially when their usual activity heavily opposes this kind of virtue. There’s somehow no contradiction in their head when climate summits are being sponsored by Coca-Cola, the greatest plastic polluter in the world.

In accordance with the greenwashing agenda and the current World Cup in Qatar, let’s give some attention to this term’s big brother, applied to a world where modern dictatorships and autocracies buy rights to host global sporting events, especially World Cups and Olympic Games, and sometimes similarly popular, although not really sports themed events like World’s Fairs.

The term „sportwashing” describes authoritarian powers that intend to organize international sporting events in order to appear more peaceful, tourist-friendly or diplomatically cooperative than they actually are. On a side note, supporting world famous football teams and sports associations by billionaire sheiks and rulers of autocratic countries also belongs under the umbrella of sportswashing.

Sportswashing isn’t really new, but this age is probably the first occasion when various powers use it specifically for improving their reputation abroad. It was not a well hidden intent of the qatari government to get their wheels of tuorism rolling through hosting a World Cup event. Not an overly ambitious idea at all for a country roughly one fifth the size of Hungary which basically consists of sand and nothing else.

Another question is the success of this intent. Was it worth to sacrify roughly 200 billion dollars and 6500 lives in order to make this happen? In a country, which is the smallest one to date to host a World Cup, with a population of which in 90 percent consist of foreign migrant workers?

With drinking beer made forbidden in the last minute, the bewilderment at handling the inflow of LGBTQ populace whose existence is definitely a sin according to the laws of Islam, yet the punishment of these people negates the acceptance of Qatar in the eyes of western countries, this country was definitely not ready to host an event this monumental, especially not by having to go against their own religious beliefs.

Let’s add the severe lack of organizational capabilities to the mix, and we can clearly see that they were set up for a disaster. 5 dollar beers at the venue of World Cup festival after drinking beer was forbidden in the stadiums, $175 a night tents which resemble the glorious luxurious shelters from the days of Fyre Festival, the apocalyptic panorama of the festival’s VIP lounge, leaving audience on the qatari side when they found out that they aren’t really interested in soccer at all, and the official World Cup app, which is a horrible spyware. Well worth the $200 billion!

Constantly walking on eggshells is also not the experience most people want to enjoy, as islamic laws in many points differ from those established in western countries. But these differences weren’t well pronounced at all or at least included in a well laid out visitor’s guide in order to not offend the international audience after their arrival to the country.

The result of this insecurity was a phenomenon that we Hungarians call as „falling between two chairs on the floor”. Qatari leaders promised everyone that LGBTQ populace will be welcome and consuming beer would be legal during the event, yet after guests from different cultural backgrounds arrived, they were instructed to not hold each others’ hands (the same rule applied even to heterosexual couples!), to not show LGBTQ symbols and also to forget drinking beer in the stadiums – all of which are completely legal in most western countries. What’s more, holding hands, showing various symbols and drinking beer, although neither of them encouraged, don’t go against the christian morality.

Qatar should either have chosen complete legalization of these activities for the duration of the event (and anger deeply religious islamic populace), or clearly forbid everything in advance that go against the rules of Sharia (therefore greatly lowering their tourism potential and their political regime’s reputation abroad). Another Hungarian saying according to the situation: „You cannot sit on two horses with one butt”.

But Qatar is not the only country actively using sportswashing in order to improve their international stance, nor is the most authoritarian one.

The age of sportswashing began with the Nazi Germany in 1936. By winning the right to host the Olympic Games in Berlin, Hitler saw great potential in spreading his own propaganda of racial superiority and antisemitism for the whole world. Especially since this was the first widely broadcasted Olympics. Millions of people followed the games live through radio and television.

In defense of the Olympic Committee, Berlin was awarded with the organizational rights of the 1936 Olympics in 1931, two years before Hitler grabbed power. There were even talks about depriving the Nazi Germany from the opportunity of hosting the Olympic Games, but then Hitler – trusting his own tactical genius – has approved jewish athletes to participate in the Olympics, even under the nazi Germany’s flag as the propaganda potential was still higher during the games than Hitler’s personal disdain for jews. So the committee finally approved the Berlin Olympics.

World War II and the constant turmoil of Cold War have put the institution of sportswashing on the shelf for decades – until the opening of the 1980 Olympics in Moscow.

The decaying Soviet Union was in great need for impriving their renown abroad. The Olympics seemingly proved to be a great opportunity for achieving this goal. However, while Western democracies approach the organization of these kinds of events from a financial point of view, dictatorships are ready to accumulate huge losses in order to make a ceremony reality.

As the authoritarian states continuously experienced later on, the Soviet Olympics did not bring the Eastern bloc closer to the Western one. In addition to America and Canada, the Moscow Games were boycotted by West Germany, and in 1984, Los Angeles got the same treatment from the nations of the Eastern bloc. Of course, this is not an universal rule. Strangely, the allegedly communist China did not represent itself on the 1980 Olympics, but it did in 1984. 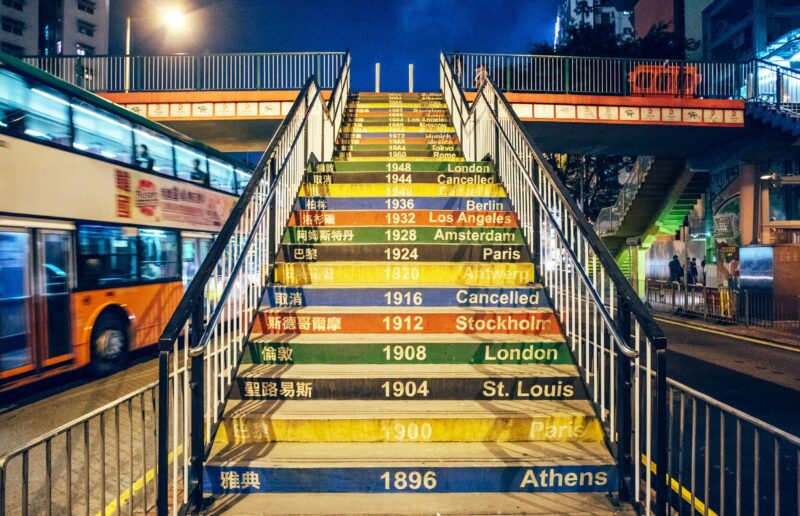 The main difference between liberal and autocratic states lies in the management of finances. While western countries strive for rentability and profitability (I’m not saying they always succeed), in an autocracy, according to its own judgement of value, it’s worth holding such kind of events simply to propagate the image of a peaceful and orderly state. Then just let the oppressed citizens deal with the impending economic crisis and bankruptcy.

The Olympic Games and World Cups have caused many economic catastrophes for the autocratic states in the past 50 years, but capitalist countries have not always benefited from them either. Just as the 2014 Sochi Winter Olympics, which consumed the biggest budget of all time, the 2018 Russian World Cup, which was considered the most expensive to date until the Qatar event, the 2014-16 Brazilian World Cup and the Olympics, which were drowning in corruption, have all caused near-bankruptcy of these countries. The financial Hiroshima of Athens in 2004 served as the precursor to the Greek financial crisis ten years later. Montreal had to pay off debts regarding its 1976 Olympics for 30 years.

Despite the listed facts, pro-market democracies usually lose money and standard of living only, but despotic governments also tend to sacrifice human lives and the entirety of state owned wealth for the opportunity of sportswashing. Qatar has succeeded on both of these fronts. The 6500 lost lives met with over 200 billion dollars of expenditure, which is by way a higher amount than the combined cost of every World Cup held since 1930.

In addition to economic impact, there are other significant differences between these games held in pro-liberty and authoritarian nation-states as well, especially their effects on the wider society.

PLEASE DONATE TO SUPPORT OUR WORK!

Our articles are free to distribute according to the rules of Creative Commons V4. Please check the above link for details.

BACK TO ENGLISH SECTION

This is the English section of Revolife, a Hungarian lifestyle magazine.